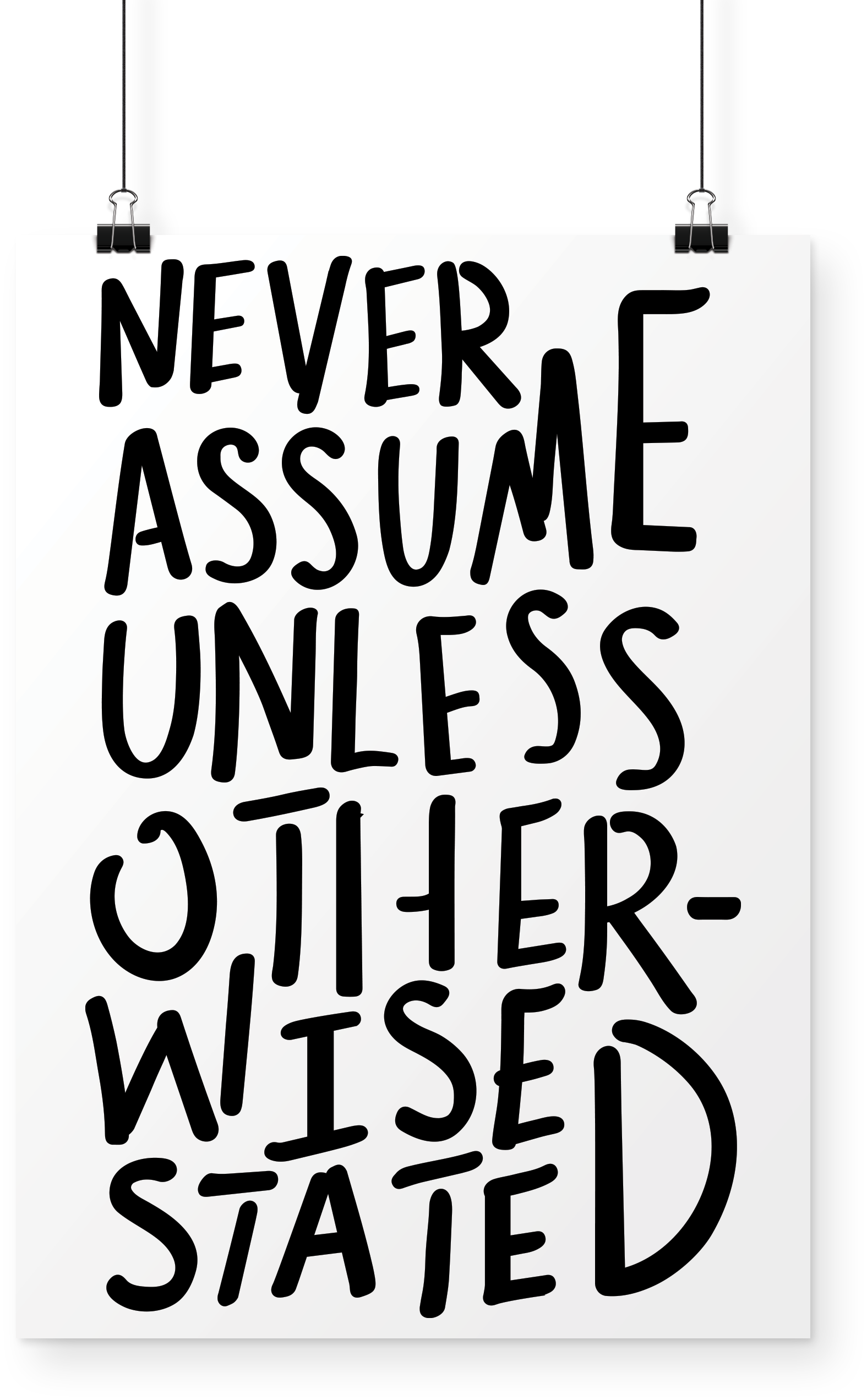 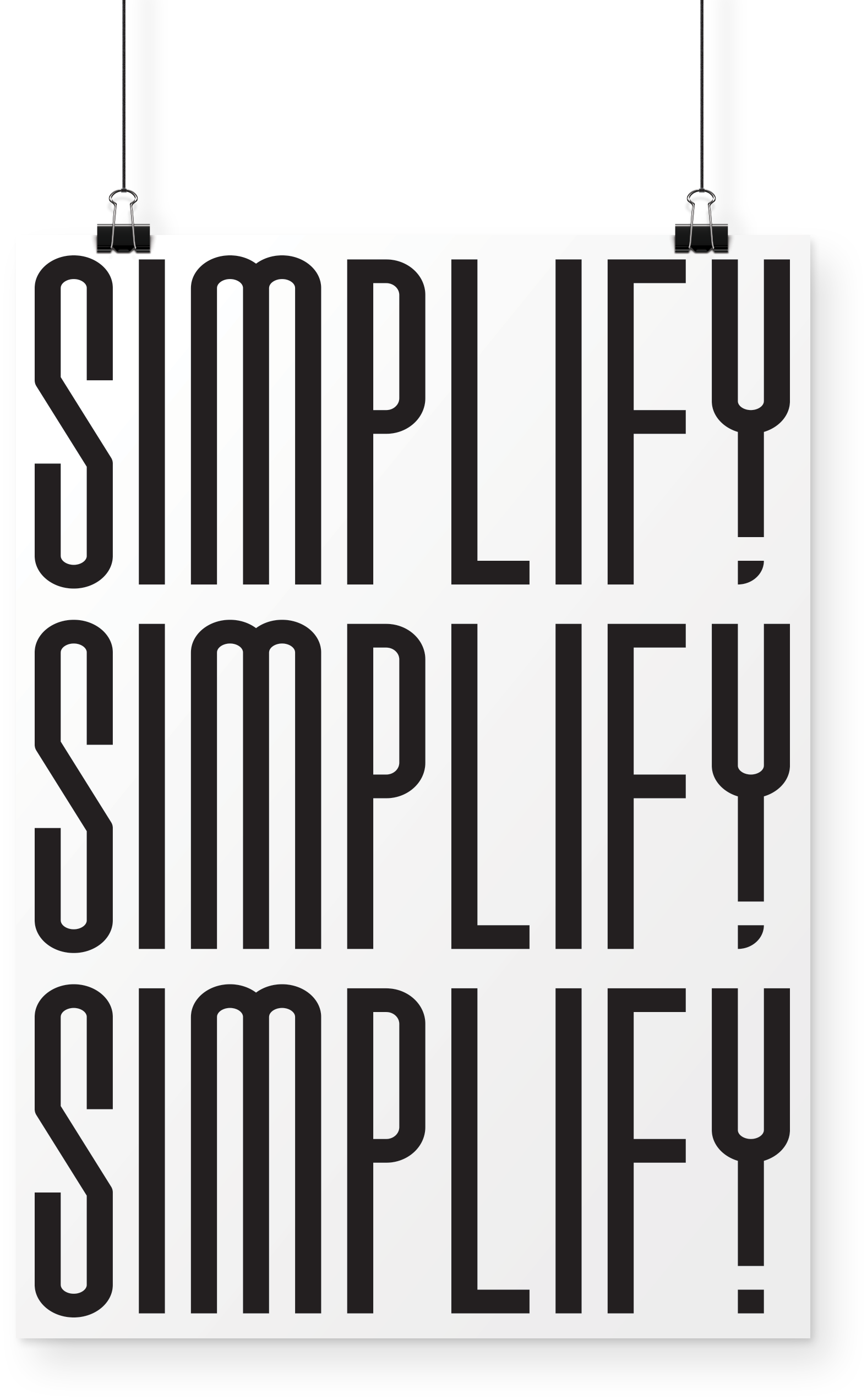 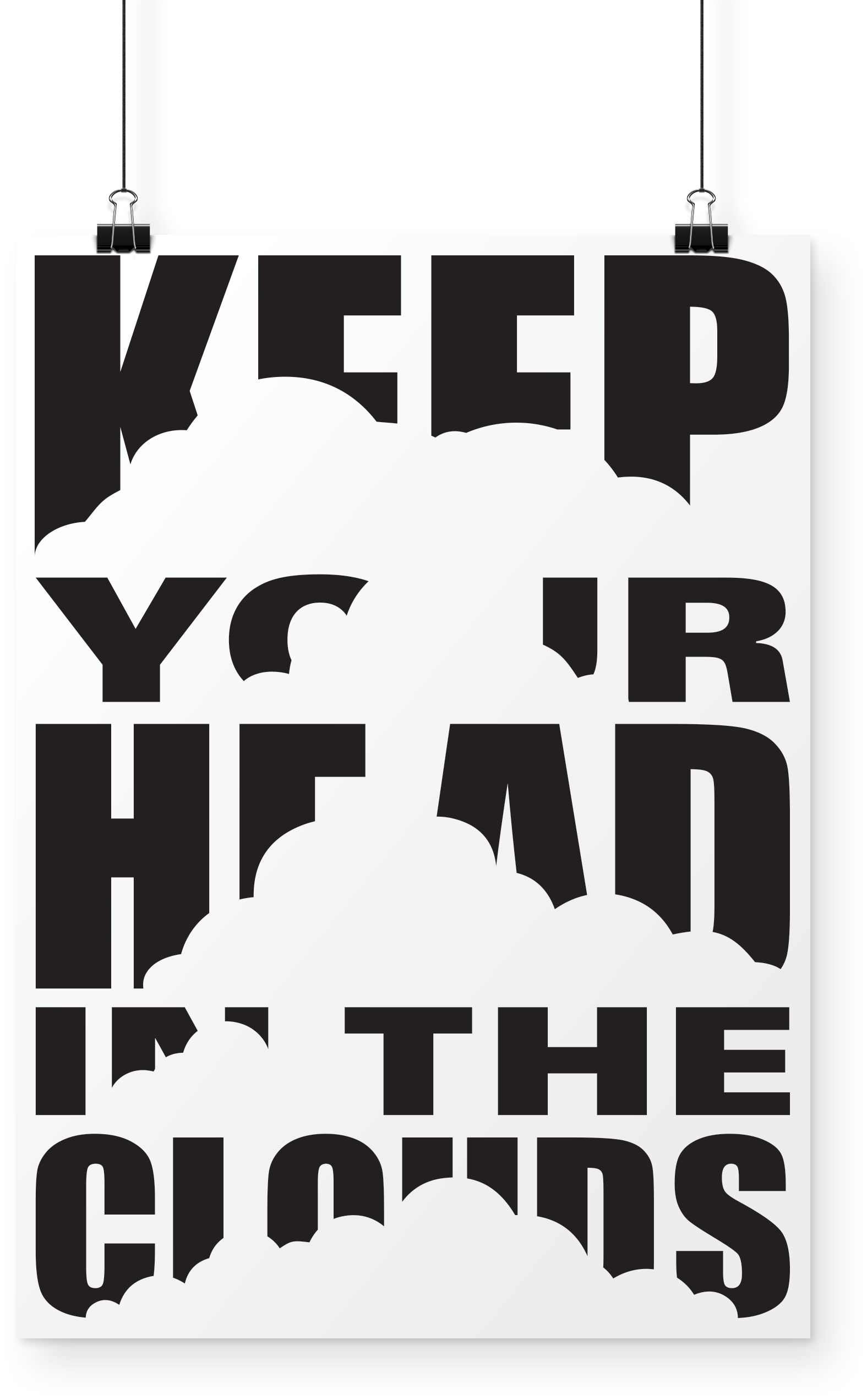 16x24 inches each
Manifestos
Three manifestos designed as a series of posters. The only constraint was to design using black and white. Thus, the challenge became about uniting the three manifestos using form and form only.
NEVER ASSUME UNLESS OTHERWISE STATED was designed in my own handwriting. It is a mantra that I use in my work. Art always has a deeper meaning and should be treated as such
SIMPLIFY, SIMPLIFY, SIMPLIFY. had the idea less is more in mind. I designed the piece with straightforward moves . Below each Y is a punctuation mark. The entire piece is meant to be read as a sentence rather be understood as disconnected words. Simplify, simplify, and then simplify.
KEEP YOUR HEAD IN THE CLOUDS is a piece I visualized manipulating space. It was the last poster in the series, and as a result, had the least amount of consideration.
I designed supplementary pieces to accompany the posters.